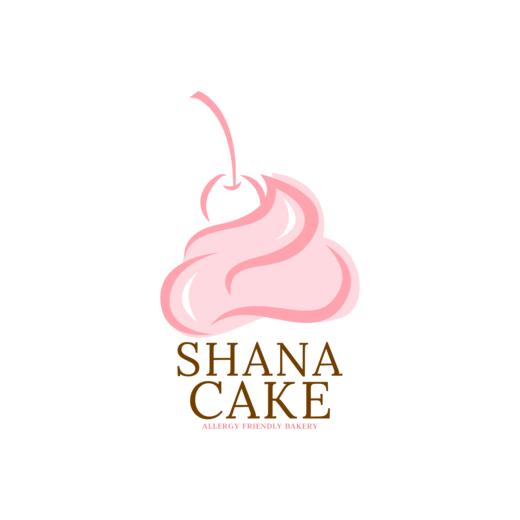 Shana Cake was born of my love for my daughter, so I thought it most appropriate that it contain her name!

My daughter was sick for a year before I realized what was going on with her. Headaches and stomach aches caused her to miss about a day of school a month, but with no visible or measurable signs of illness. When her frequency of missing school increased to 11 days in about 4 weeks and was accompanied by her complete change of effort level in dance rehearsals (her most favorite activity) and her second Alopecia Areata occurrence, I finally realized something major was going on with her. Which, as she likes to point, is ironic that I brushed her complaints off as I’m a sufferer of chronic invisible illness that took about 6 years to diagnose and should know better than to discount symptoms just because someone doesn’t “look sick” (I have Sjogren’s – an autoimmune disease).

Within 2 days of being off gluten she was back at school and dancing her heart out in rehearsals. Her pain levels went from 8’s & 9’s to 2’s & 3’s. Within 3 weeks of taking her off gluten her hair began growing in and her pain levels were at 1. (Her previous Alopecia spot took almost 7 months and prescription cream from a pediatric dermatologist to grow in).

She’d get worse again each time gluten would accidentally slip back into her diet as we were learning all the sneaky places it hides. For example, she couldn’t figure out why she was feeling bad again after feeling great for a couple of weeks and we discovered that malt flavoring in corn flakes contains gluten – so she was eating corn flakes for breakfast thinking it was OK and it turns out it wasn’t – she was being “glutened” while thinking she was safe.

I knew that a key to her being able to “stick to gluten-free” would be her not having to feel like she was giving things up. I wanted to show her that she could still eat those yummy things and feel good! She already loved whole fruits and wasn’t picky at all about vegetables or meat. The tricky part for us would be those breads and sweet treats. I loved to bake, I loved to make treats, and she loved to eat them!

We first tried all the gluten-free snacks and products at the stores. Some of them are OK (she loves the pretzels), some of them are tolerable and most of them are downright disgusting. She didn’t want to eat them, and I didn’t blame her!

The next step, then, was to learn to make things ourselves. After all, I did love to bake – why not learn how to bake things she could eat? She and I started learning and baking together and things tasted soooooo yummy!

And while we only have to watch out for that super-sneaky gluten, we’ve found that so many other people also have issues with soy, peanuts, dairy and so on. So we’re helping them have yummy problem-free goodies as well! All Shana Cake products are now free of 6 of the top 8 allergens (wheat, soy, dairy, nuts, tree nuts, and of course fish and shellfish!). Many products are egg-free (the 8th top allergen) and we’re working on getting egg out of others as well!

So why not just continue to bake things for our family at home?  Why start doing it for others?  I have meet so many people that struggle with this – with nothing fresh and yummy available in our town, with having to figure out a treat to send with your child the 20+ times per year that a classmate’s birthday is being celebrated at school and you know they won’t be able to have the treat being brought by the birthday child, with going to a restaurant and having to pay $3 extra for a gluten-free bun on a $10 hamburger, with not eating gluten-free even though they know/suspect that it will help their symptoms because they just don’t think they can give up all the yummy things they love.

I saw the joy on my daughter’s face when we went to a restaurant that not only indicated which items were gluten free in their menu (which I do appreciate restaurants doing!) but had an entirely separate all gluten-free menu.  She could open it up and choose anything off that menu without having to read through all the ingredients, without having to ask if the dressing or condiment is gluten-free, without having to skim over all the things she COULDN’T have searching for the few things that she could have.  I saw how happy and “normal” she felt just to have a menu that she knew she could have every single thing on it.

I want to be that menu for people – I want to be the place where someone can choose anything off the list without having to wonder, question, search and be reminded that they are always stuck with a very limited selection compared to what is available to others.